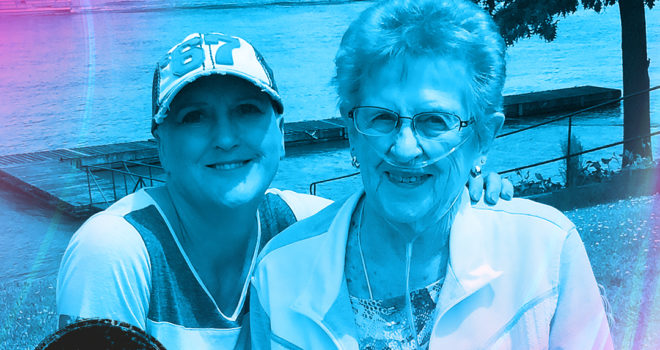 “My journey really began when I was 15 years old, and my mother was given the diagnosis with a very “bleak” outcome in 1980. However, she overcame adversity and survived an additional 37 years.

In her 37th year of survival, she became ill and came to live with me. At that time, we suspected that her cancer had returned in her chest wall. Her condition made me question a recent mammogram I had as a routine checkup.

In January 2016, I had a routine mammogram but had pointed out an area on my right breast that looked different to me. They told me they would check that area carefully, and we could not feel anything upon examination. The results of the 3D mammogram were negative. “WHEW”… Right?

In January 2017, while I was taking care of my Mother at home, I started worrying and bothered that I thought my breast still didn’t look “right.” I still couldn’t feel anything, but I went to my family physician. She could not feel anything either, but she agreed that it may look “different” as well.

My comment… “I don’t care if they cut me open, someone needs to tell me that area is okay.”

She ordered another mammogram and an ultrasound if mammogram back negative. Once again, the 3D mammogram came back negative. “WHEW”…. Right? Then came the ultrasound…. Hmmm… they are taking a bit longer. Well, then came the biopsy and the marker. She was fairly certain it was breast cancer. The technician put me back into the 3D mammogram to look for the “marker” that they inserted, because you should certainly be able to see the marker…. Right? WRONG!

Dense breasts are a reality and can disguise cancer. Know your body! Be your own advocate!

So, January 17, 2017, I was diagnosed. I think the most difficult person to tell was my strong, unwavering soul of a Mother who was at my home fighting for her own life. She cried, of course, but we decided to fight together! I started my journey on finding the right team for me.

I chose my doctors carefully and found great care at the University of Iowa Hospitals and Clinics. My surgery was March 2017. I chose a double mastectomy. They showed me all the statistics that says the survival rate of taking one breast vs. two was not significant…. Right? Sure.

I had the mindset that I will survive this one…. But why would I want to go through the trauma again to survive a 2nd time? I insisted on a double mastectomy. Guess what? A few months later, I was told there was a “pre-cancerous” lesion in the left breast. (trust your gut) 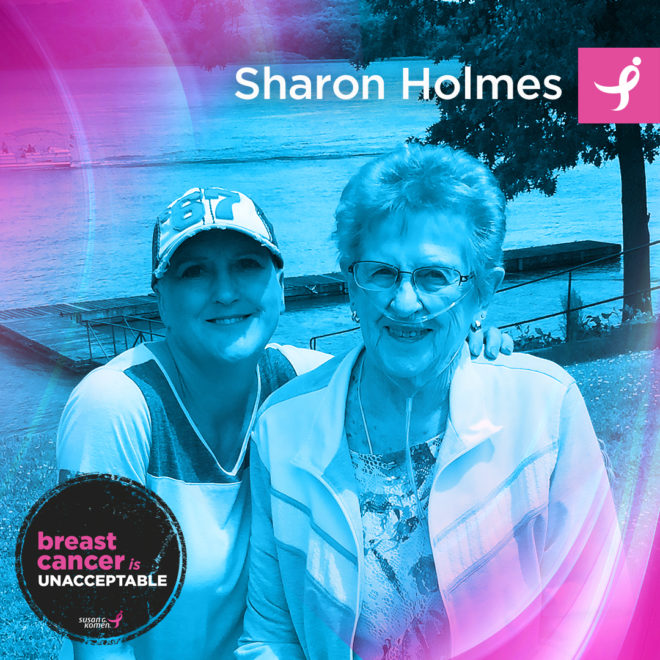 Originally, they had me diagnosed as a Stage I. But because it had “touched” my muscle, skin and a bit larger than originally thought, I ended up at a Stage II. I’ll take that. However, I did have some very minimal cancer cells in a couple lymph nodes.

I then went through 20 weeks of chemotherapy. (4 rounds of the red devil…. YIKES!) My Mom passed away during this timeframe… I had a treatment one morning and her visitation that evening. We had a strong relationship and plenty of time to talk during those last months. Her strength and length of survival are inspiring me to do the same.

After a month’s rest after chemotherapy, I had 25 treatments of radiation. DONE!!

Well, then it is reconstruction. I chose to have a Tram Flap surgery because it was the only way to reconstruct for me. They needed skin tissue and blood vessels from my stomach to rebuild the “hole” that my breast surgeon had left for my plastic surgeon. The surgery is not for the light-hearted. But once again I prevailed and healed.

Finally, after 1 ½ years, I was able to complete the reconstruction.

I am still cancer free!

My doctors give me a great prognosis! I am humbled by so many women who have paved this path before me that gives such great strength and promise to those following in their footsteps. I will always use my Mom’s battle and courage as my inspiration to live life to its fullest, no matter what timeframe I’m given.

“KNOW YOUR BODY…. BE YOUR OWN ADVOCATE.”

Had I trusted a mammogram again, I don’t think I would have had the same outcome.

Thank you Sharon for bravely sharing this journey with us. We are grateful and inspired by YOU!