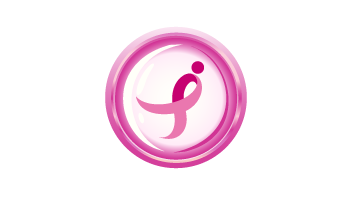 DALLAS, TX – September 28, 2016 – Pink is important and, if you ask the Susan G. Komen organization, there’s not enough pink as long as 40,000 women and men continue to die each year in the U.S. from breast cancer. However, pink is more than just a color; it represents the impact that each person is making in the fight against the most frequently diagnosed cancer worldwide.

Last month, Komen announced its new Bold Goal to reduce the current number of breast cancer deaths in the U.S. by 50 percent in the next decade and is now rallying supporters to take the extra step – make a bigger, bolder impact and be “More Than Pink™.”

The More Than Pink™ movement, kicking off in October (National Breast Cancer Awareness Month), celebrates the heroes who have made a significant impact in the fight to end breast cancer. Whether you’re the doctor who won’t give up on a patient, the volunteer who gives their free time to ensure the Race for the Cure goes off without a hitch, or the child who sells lemonade in honor of his or her mother; More Than Pink will provide the inspiration for everyone to act, donate, and get involved.

“We’ve all witnessed the courageous struggle of someone we love, fighting breast cancer; a friend or co-worker, someone in our family – even ourselves. It’s time to take the next leap forward in the fight against this disease,” says SVP of Marketing Miguel Perez. “More Than Pink is our rallying cry to encourage everyone to step up to the plate – in ways big and small – and become a hero.”

The month kicks off with the launch of “The List” – a group of everyday heroes, scientists, clinicians, advocates, community leaders, athletes, musicians, and public figures who are being honored for their contributions and impact in working for women and men facing breast cancer.

The List honors a wide variety of figures including: Dr. Mary-Claire King (discoverer of the genetic link for increased breast cancer risk); Dr. Craig Jordan (the “Father of Tamoxifen”); former First Ladies Laura Bush and Betty Ford; Princess Dina Mired of Jordan; and celebrities and public figures who have advanced our cause: WWE Superstar John Cena; singer/songwriter Jason Aldean; professional boxing champion Oscar De La Hoya; and everyday heroes such as Allison Titus and Jordan Phillips, young women whose families have been affected by breast cancer and who have raised funds to ensure that no family is affected as they were. The More Than Pink™ movement provides a national platform on which to share their stories and encourage others to join.

The List honorees will be visible this October, spreading the More Than Pink™ message throughout national sporting events, concerts, races, educational webinars, news and talk shows and social media networks, and beyond. Additionally, the stories and faces of a select few of Komen’s “heroes” will be showcased in newly developed public service announcements and advertisements being placed and streamed on a variety of traditional and digital media platforms throughout the country.

Throughout its 35-year history, Susan G. Komen has been fortunate to work with hundreds of renowned partners who share a common passion for providing support and strength for those battling breast cancer. Komen’s corporate partners not only raise funds; they engage hundreds of thousands of employees and millions of customers to learn about breast cancer, take action for their health and support breast cancer research and community programs worldwide.

This year’s More Than Pink movement is being supported specifically by American Airlines, Bank of America, Condé Nast, Simon Property Group, and WWE. Thanks to their commitment and support, consumers around the globe will find More Than Pink™ in many venues – banking at the ATM, shopping at the mall, reading a favorite magazine, sitting back on a flight, or just relaxing at home watching Monday Night Raw.

“Our partners make it possible to fund lifesaving research and help hundreds of thousands of people every year,” says Perez. “This year, with More Than Pink, they are all stepping up, digging deep and getting creative on how to make the biggest impact in our mission to end breast cancer, forever.”

Additionally, Susan G. Komen is tapping in to its network of 100 local Affiliates to extend the More Than Pink™ message to communities throughout the U.S. For those interested in joining the movement on a local level, an entire list of Komen Affiliates can be found by visiting: http://ww5.komen.org/Affiliates.aspx.

About Susan G. Komen®
Susan G. Komen is the world’s largest breast cancer organization, funding more breast cancer research than any other nonprofit outside of the federal government while providing real-time help to those facing the disease. Since its founding in 1982, Komen has funded more than $920 million in research and provided more than $2 billion in funding to screening, education, treatment and psychosocial support programs serving millions of people in more than 30 countries worldwide. Komen was founded by Nancy G. Brinker, who promised her sister, Susan G. Komen, that she would end the disease that claimed Suzy’s life. Visit komen.org or call 1-877 GO KOMEN. Connect with us on social at ww5.komen.org/social.

About Susan G. Komen® Iowa
Susan G. Komen® Iowa is working to better the lives of those facing breast cancer in the local community. Through events like the Des Moines Race for the Cure®, Ottumwa Race for the Cure® and Pink in the Rink, Komen Iowa has invested more than $2.5 million in community breast health programs in the last five years throughout 91 Iowa counties and has helped contribute to the more than $889 million invested globally in research. Call us all 515.309.0095 & connect with us on social media: facebook.com/komeniowa; twitter.com/komeniowa or instagram.com/komeniowa